This set belongs to my most personal, serious, and ambitious project so far. I try to give dignity and humanity to the plastic people around the world. As a street and travel photographer, I have had the chance to take photos of shop windows in many cities, and there I have found the inspiration for these images. They tell me tales and stories about life. They always show me their human substance. Every photo creates a fantasy. Their faces, looks, eyes, clothes, shadows, and reflections portray them as a modern society.

In this selection, we find these beautiful women surrounded by reflections of their cities. Reflections always help me to make complex photographs. I’m not afraid of complexity. I like getting a richness. I don’t try to follow conventional compositions. I just keep loyal to my eye. If I need to break rules to show an image, I just do it. I feel my plastic people are free. There is even some chaos in the worlds I portray. 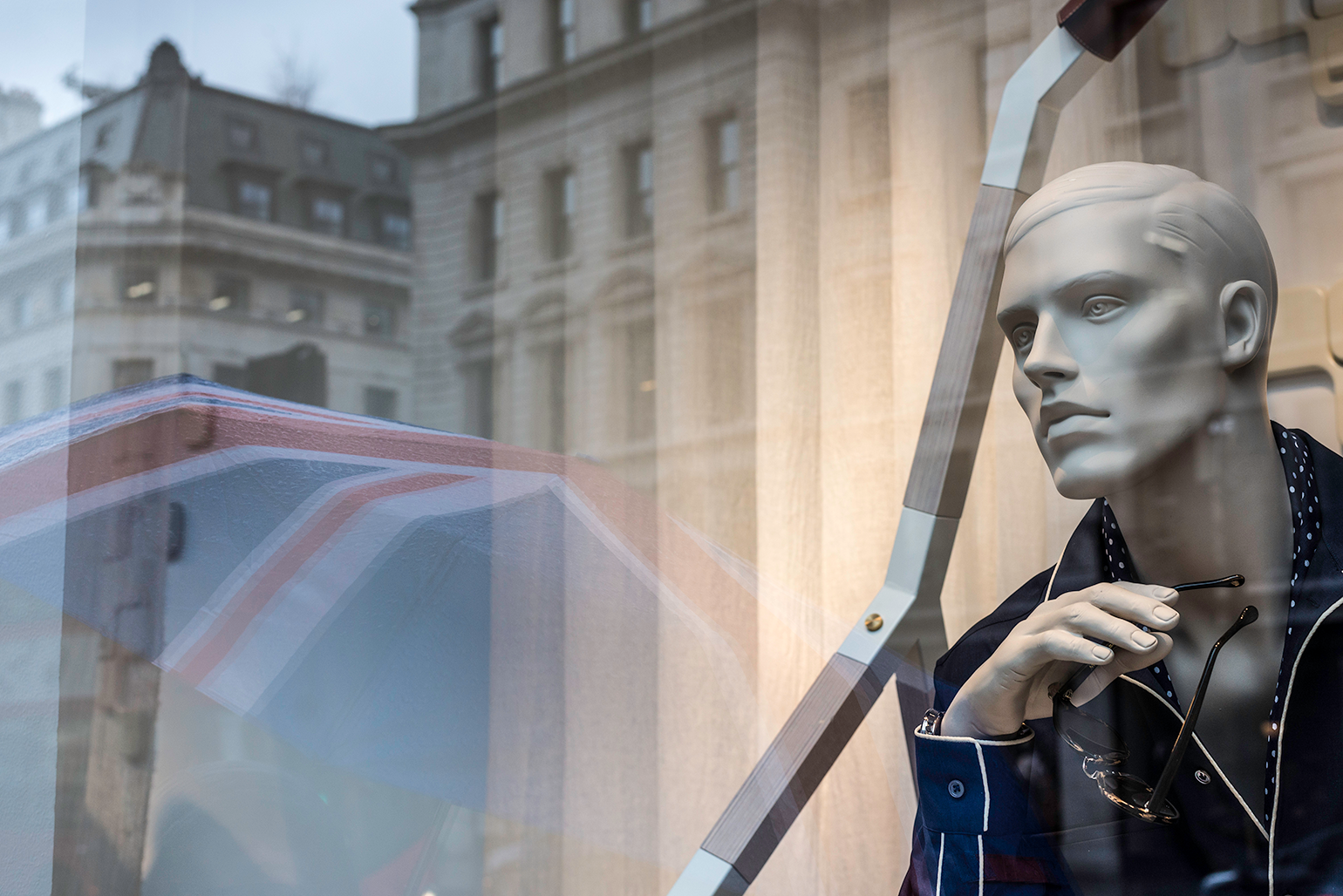 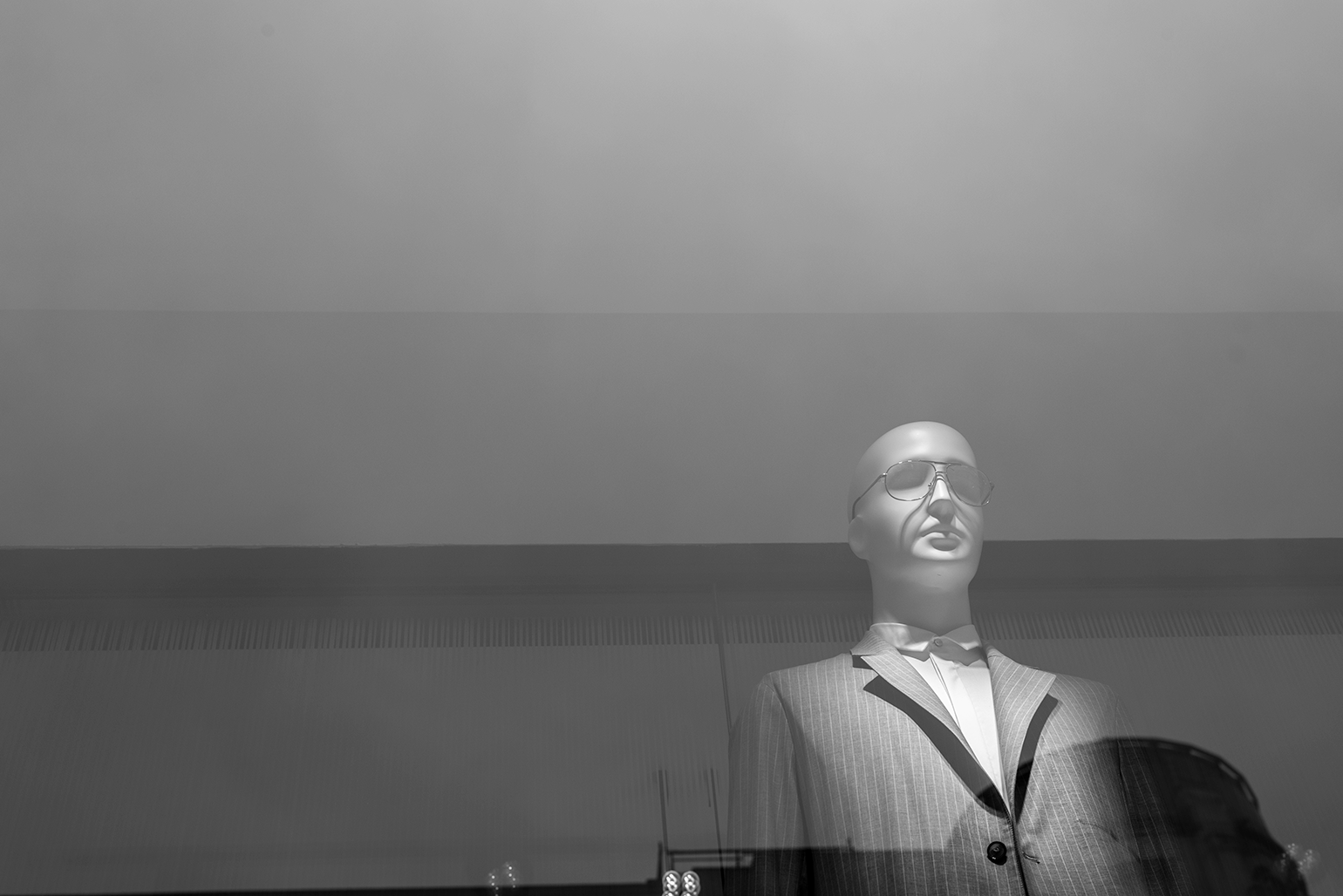 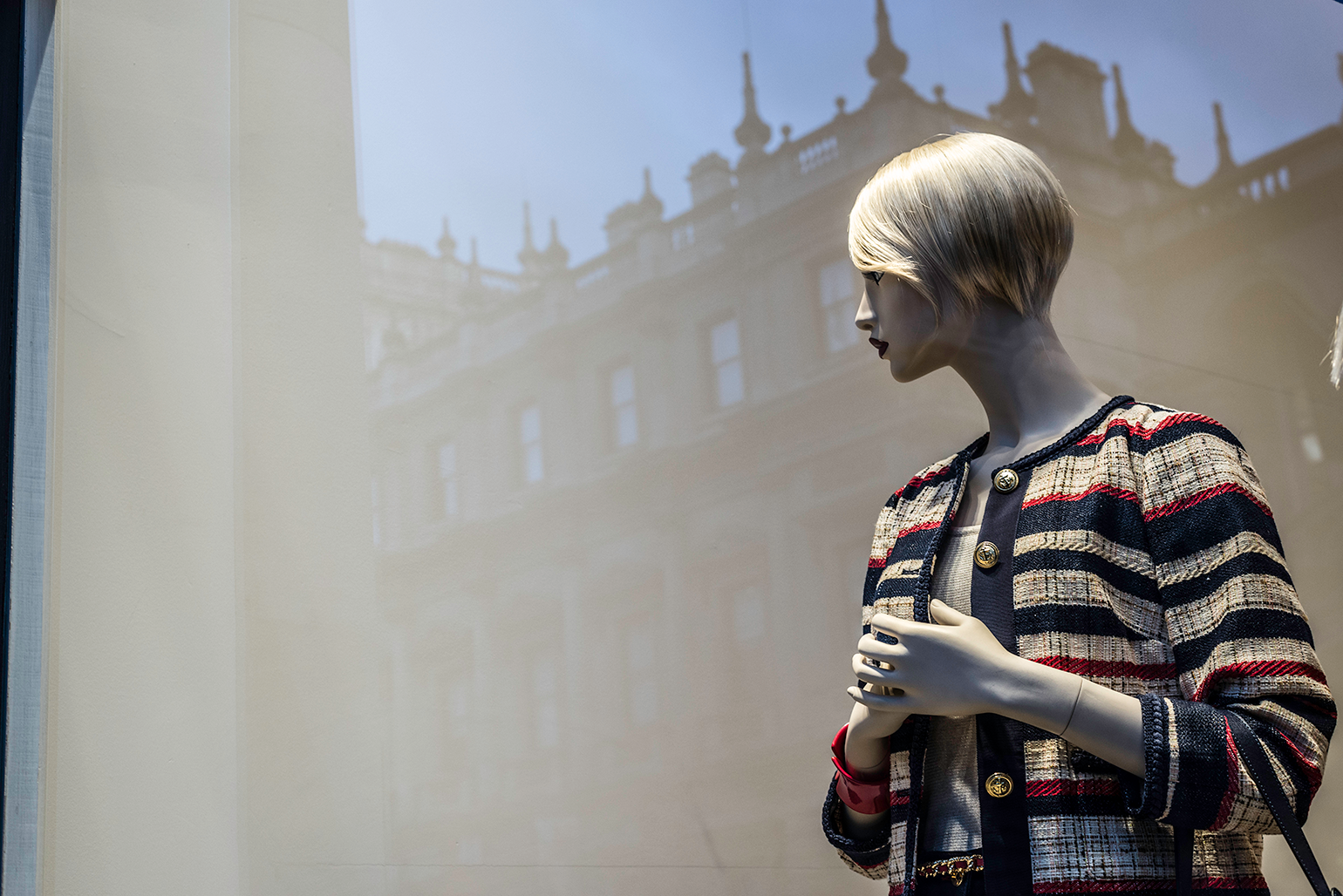 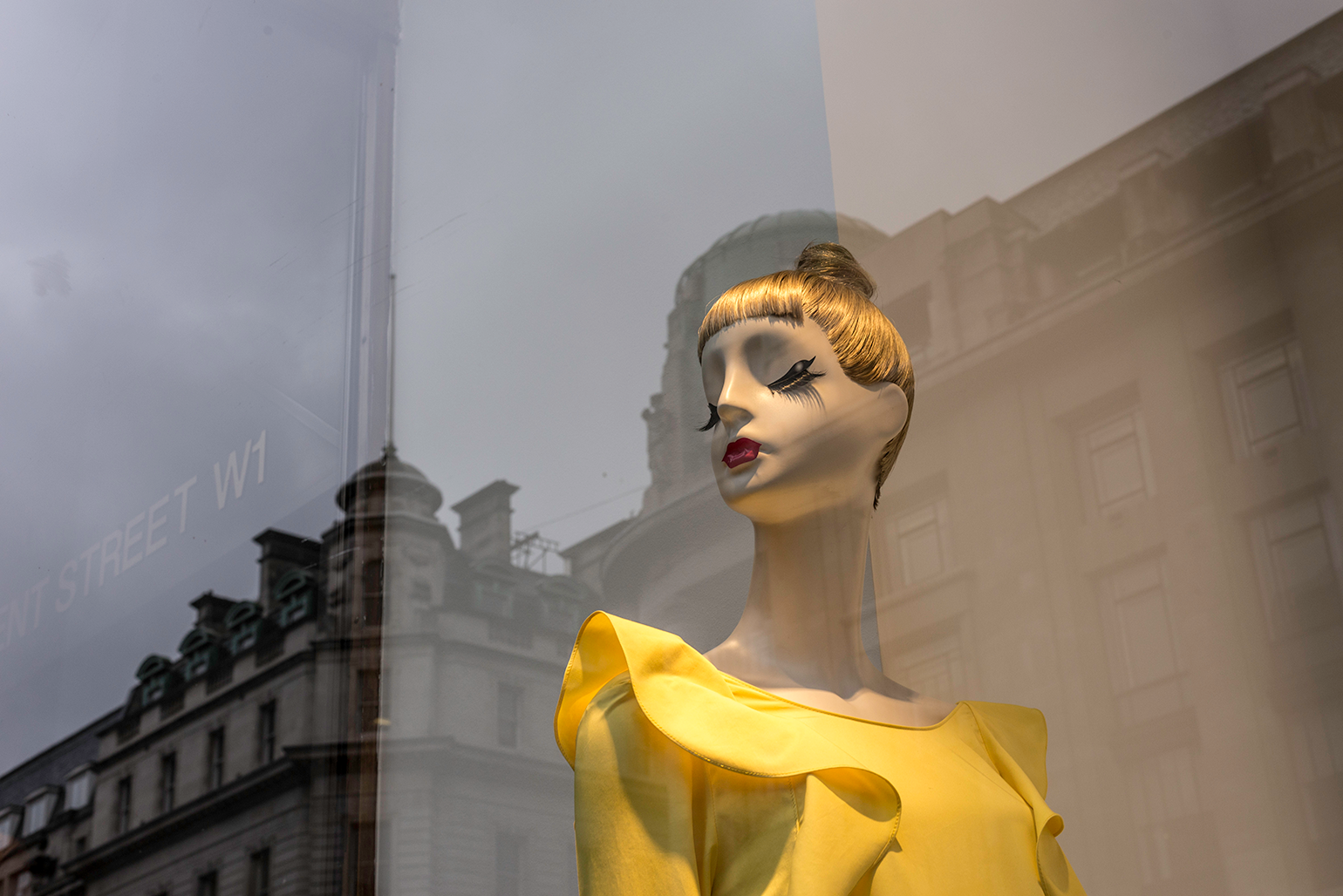 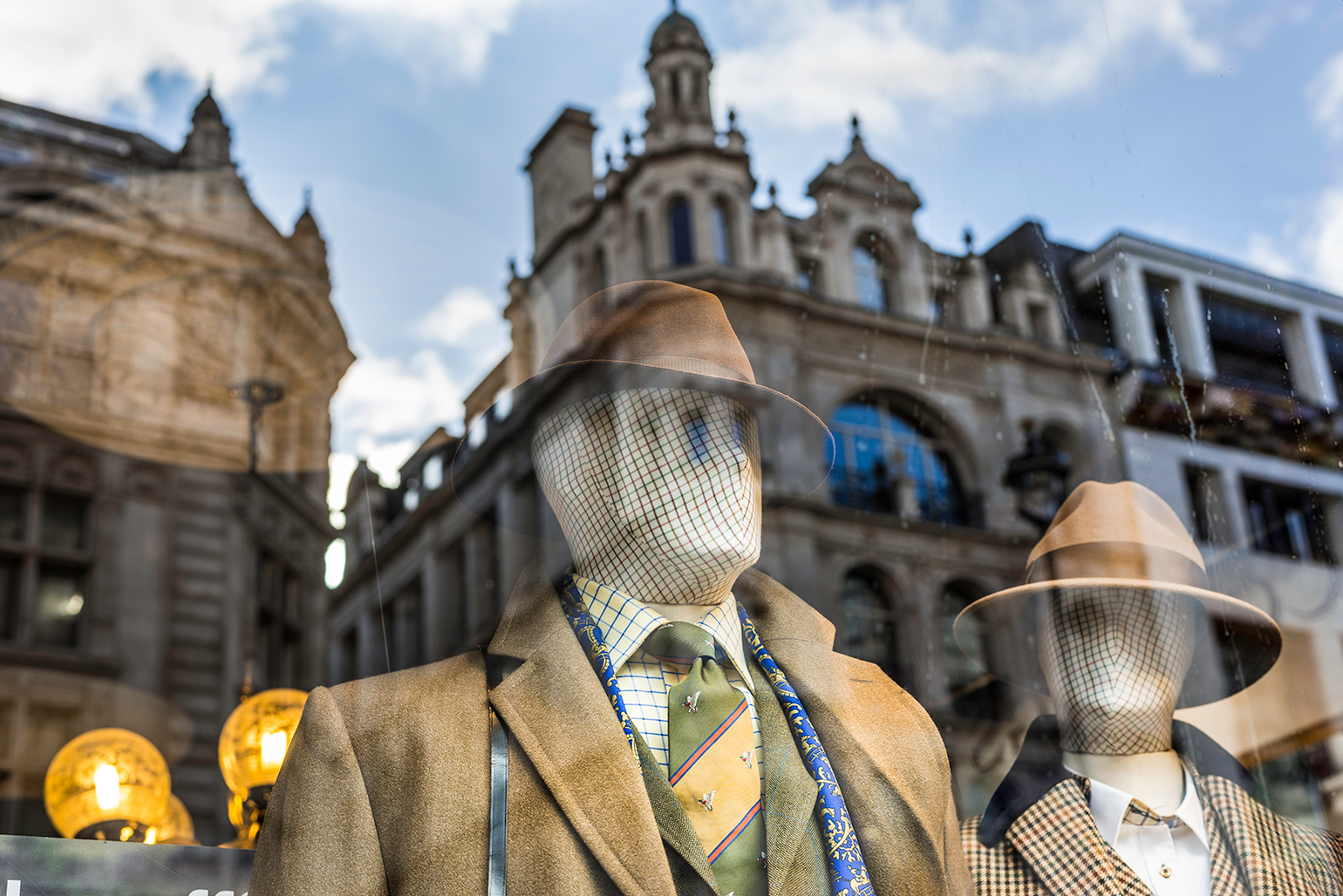 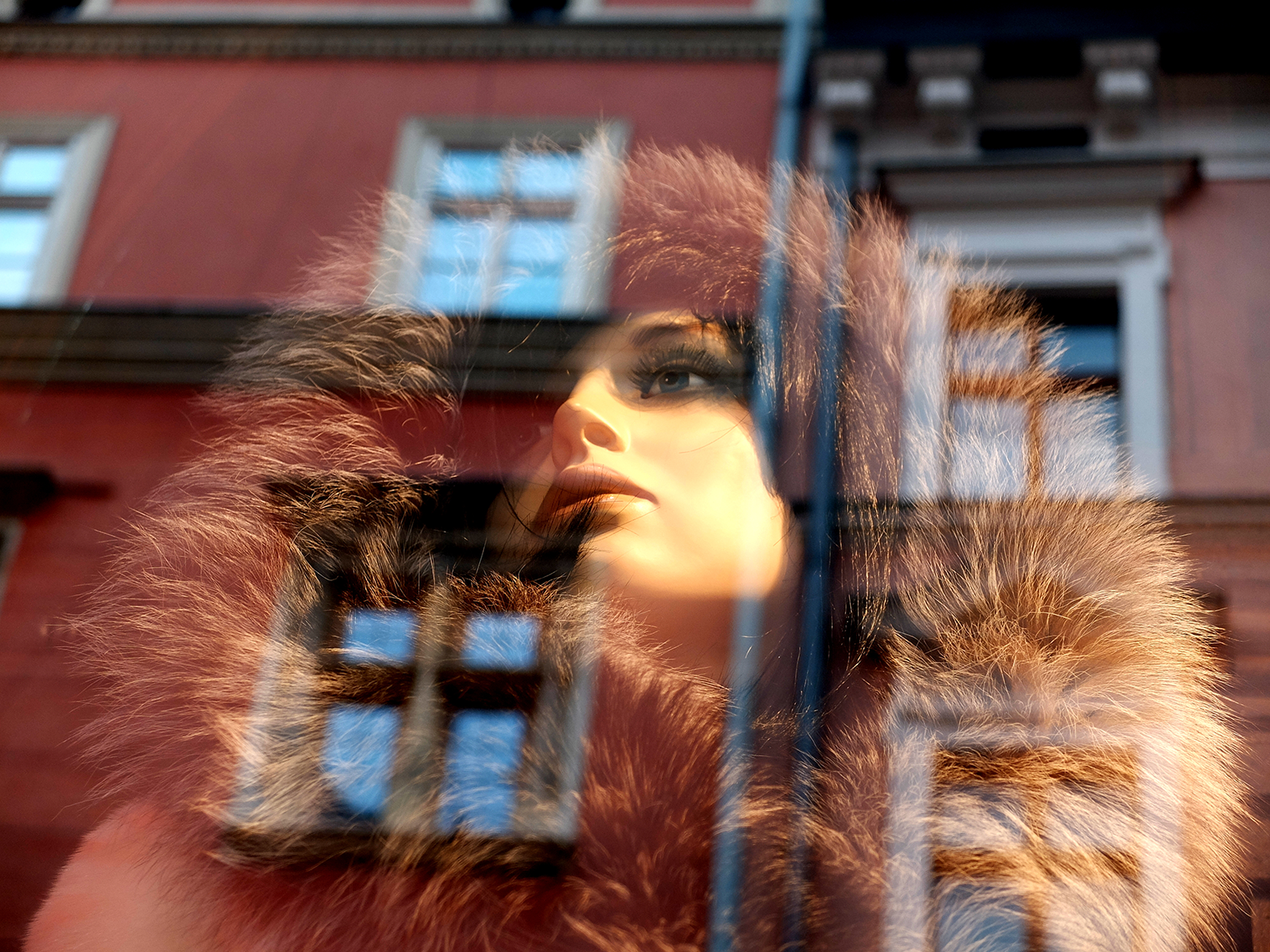 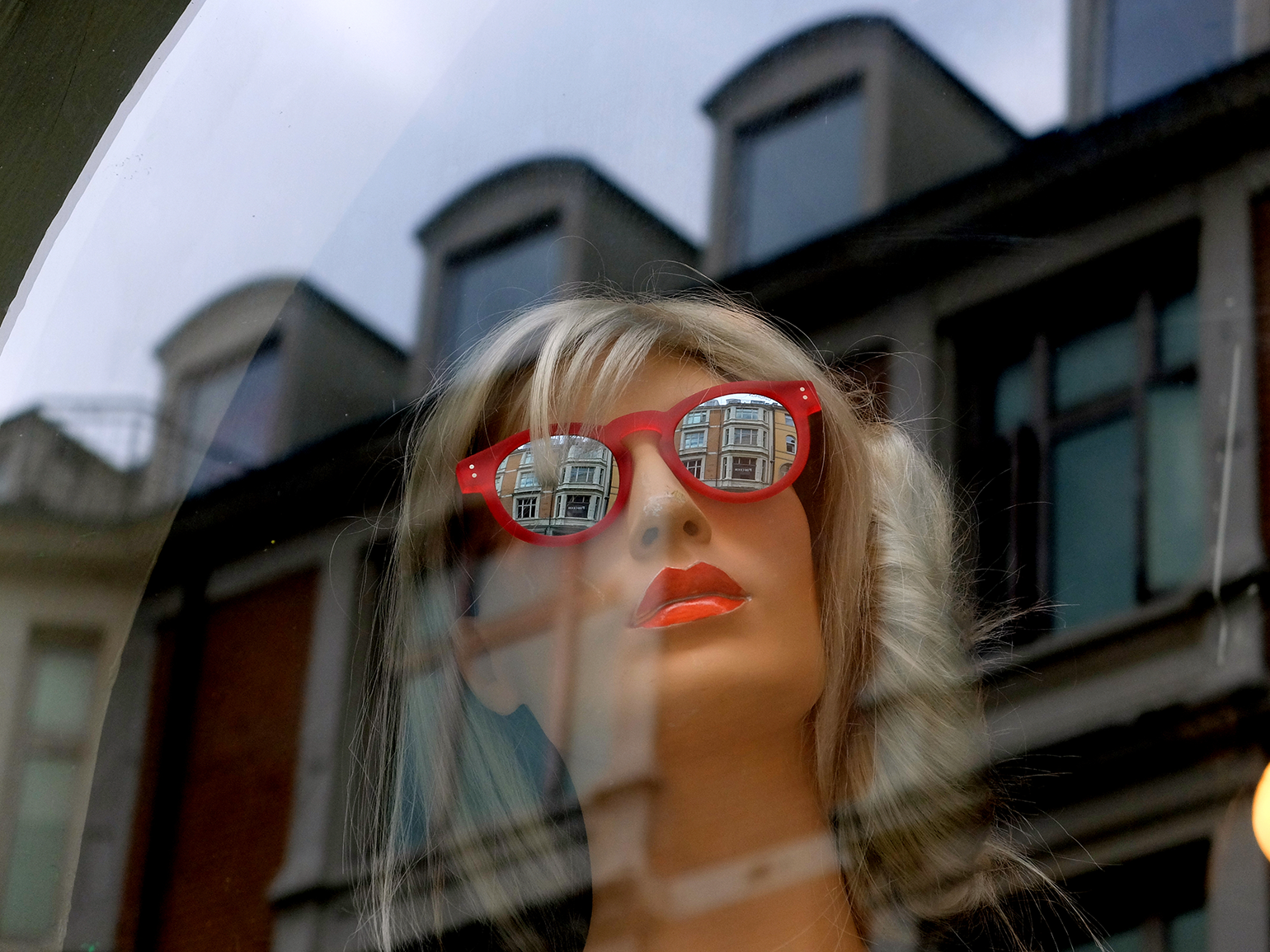 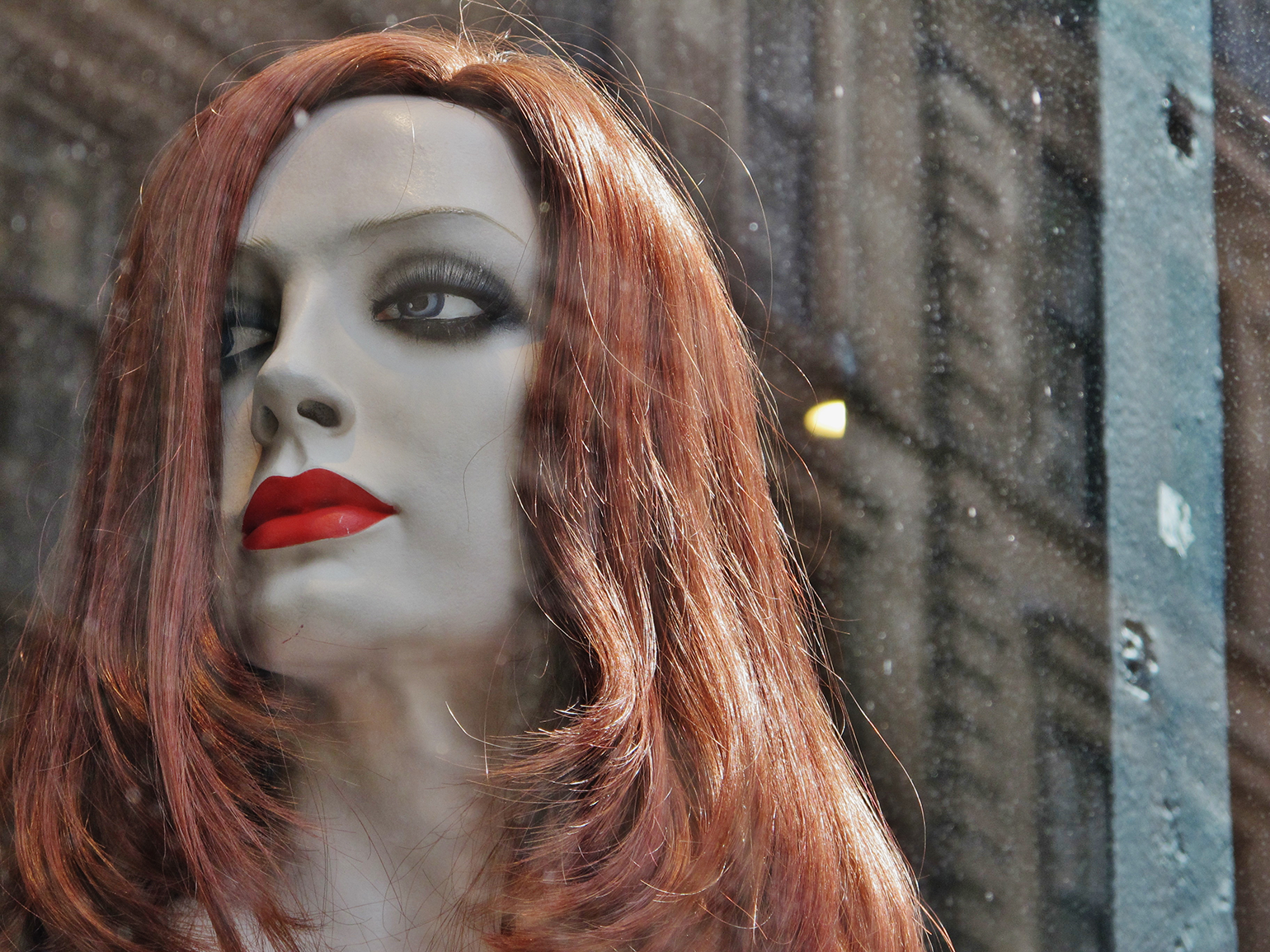 These plastic people, most of them ladies seem all to be feeling different emotions or sensations, such as confidence, arrogance, sadness, dreaming stare, or challenging poses. Viewers can realize there is a human touch inside them. My intention is the humanization of the mannequins found in shops. I feel the need to make them talk to the world. They all have a message to say. My visions are just the way they have to speak, working as a channel.

My visions have been influenced by pop culture. I have been attracted to the works of unique and strong artists. I guess they have deeply inspired me, even though you cannot see directly their prints in my photographs. What you can see is that I conceive art as a passion. I refer to artists such as the cinema makers like Pedro Almodóvar, Alfred Hitchcock, Robert Aldrich, Quentin Tarantino, or Lars Von Trier. In the music and performance category, I feel devotion to the threesome Madonna, Michael Jackson, and Prince. Then, Frida Kahlo, Dalí, Picasso, and Warhol are the painters that obsess me. The best photographer in the world right now is Mister Martin Parr; I must confess “he is the one”. All these artists share something in common; I will call it strong views.

I have been participating in exhibitions and been featured in international magazines with this project. My Plastic People have become an essential part of my street photography. I owe them the world. I would like to keep on traveling to find more characters for these tales. It’s so inspiring when I get to a new city, town, or village; and I go around walking, looking for them, the reflections, the saturated colors, the buildings and architecture behind them, the lights and shadows…It’s exciting! 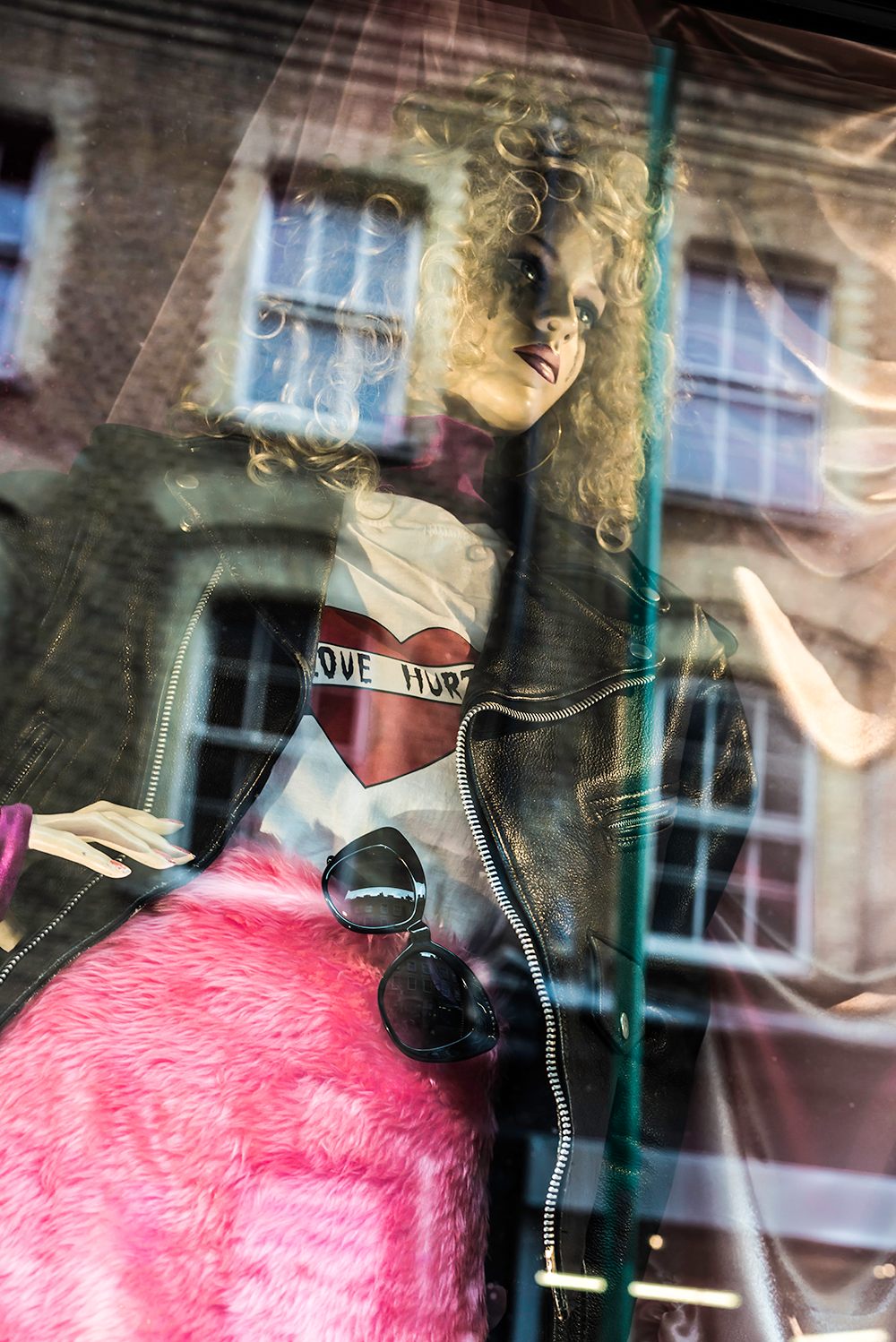 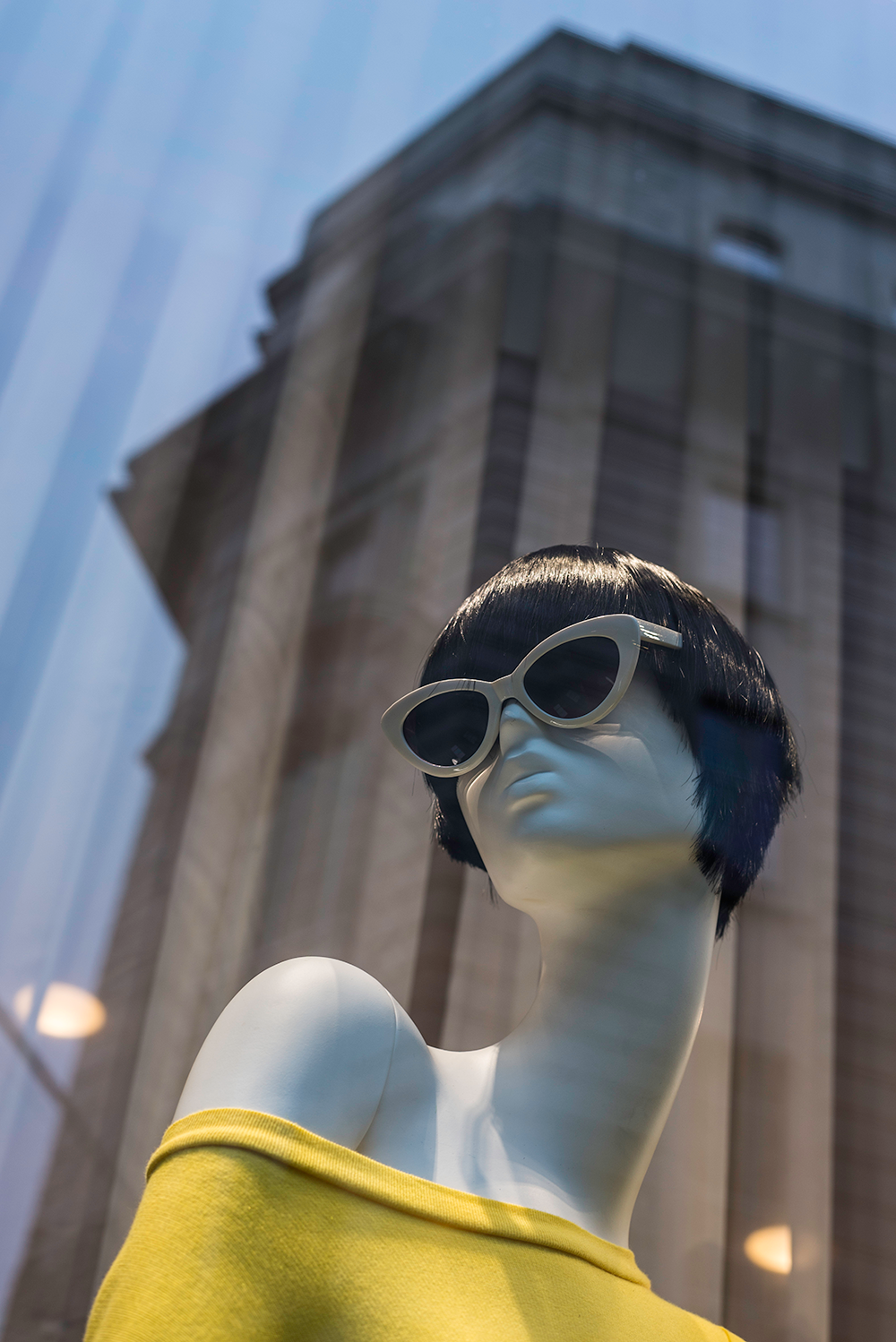 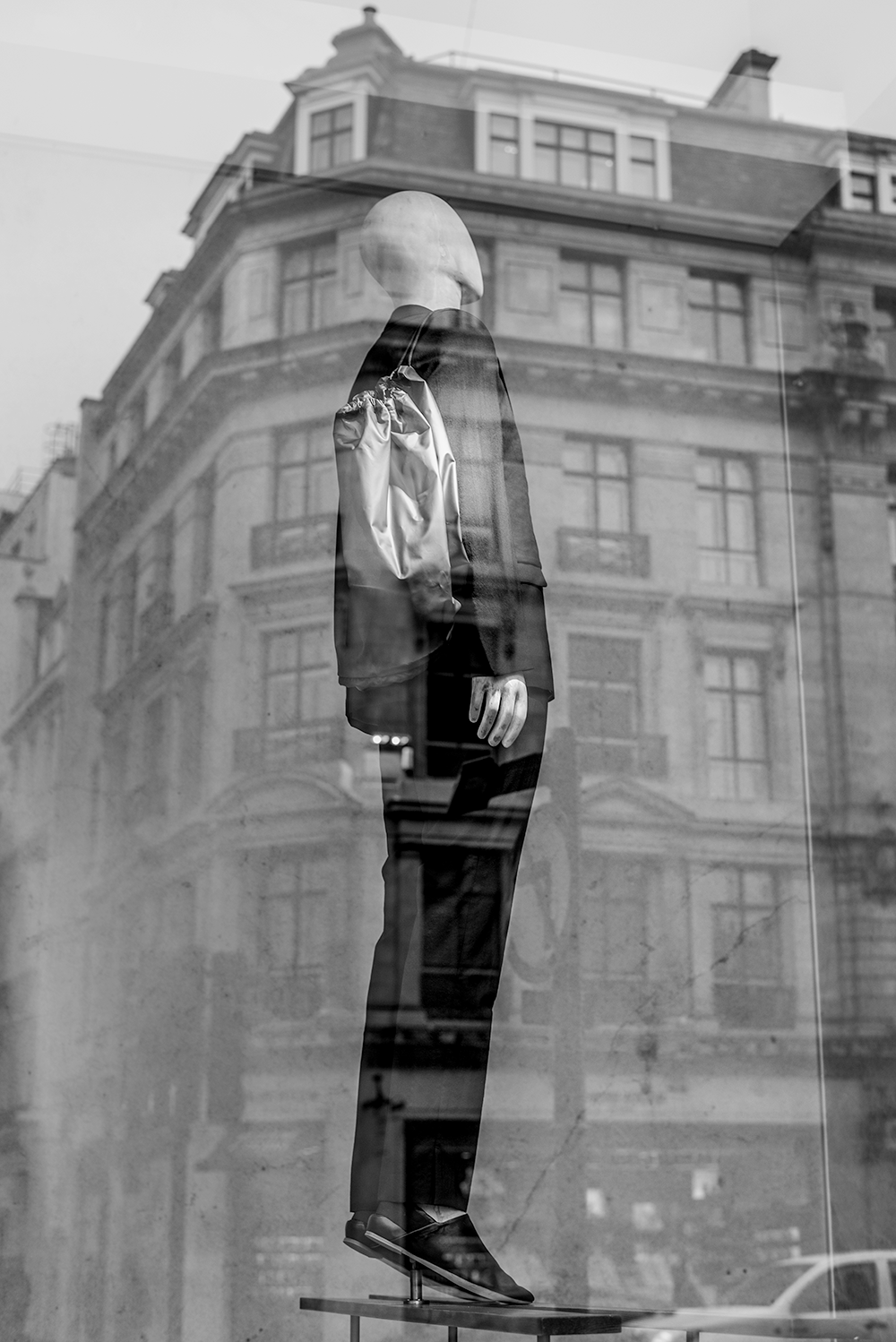 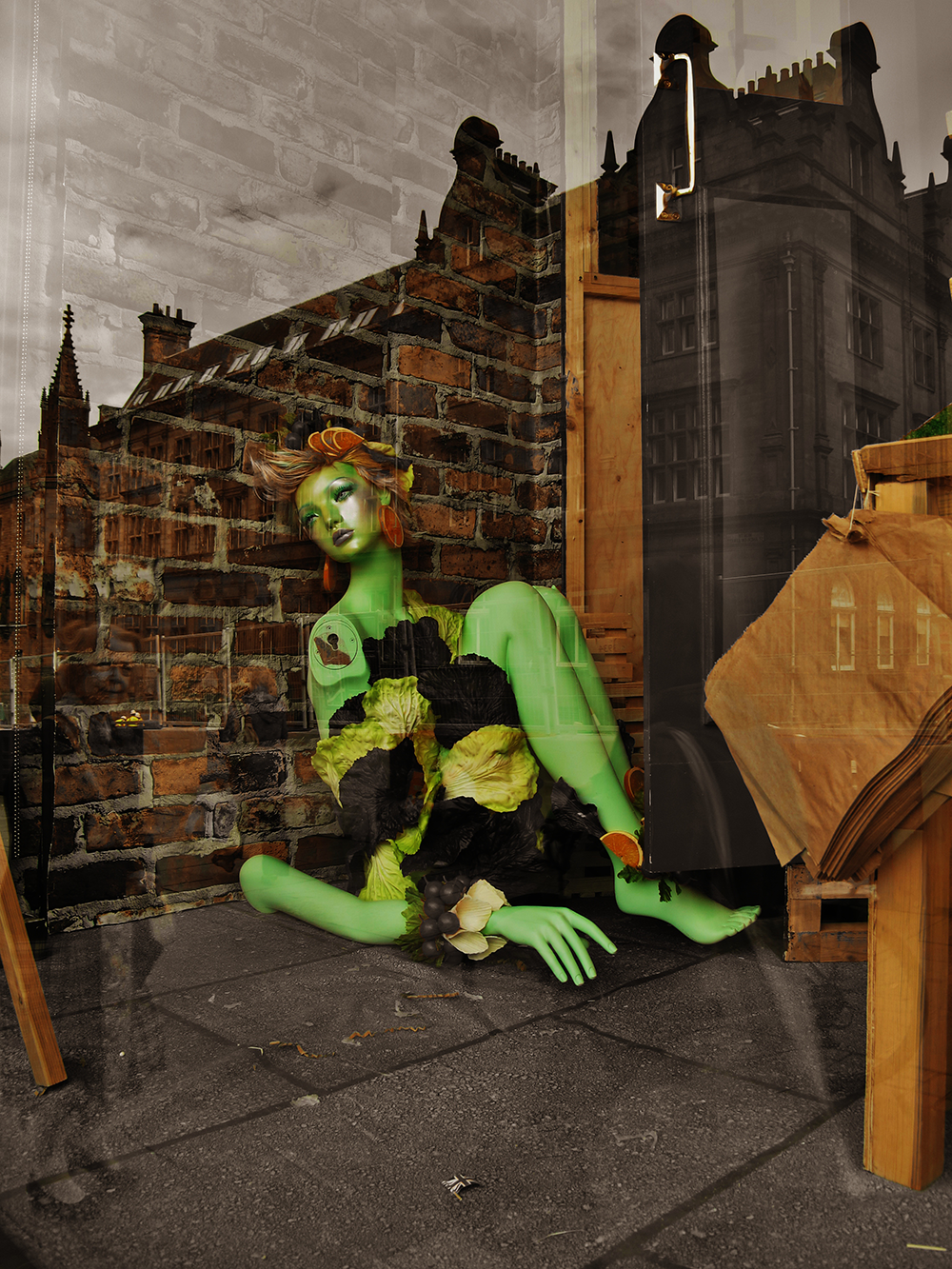 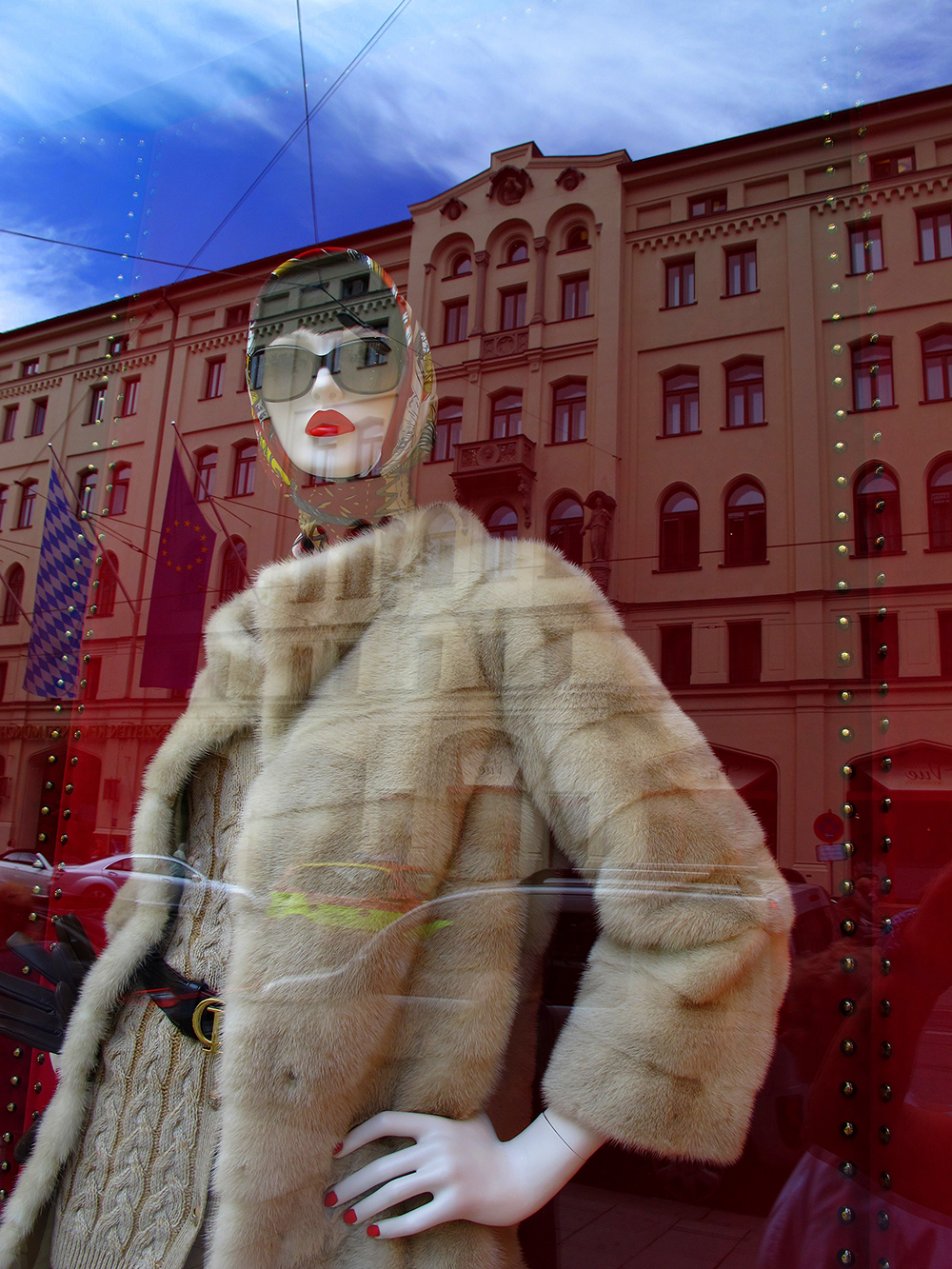 There is also a cultural aspect of them. They represent the people from the country they were taken. Their mood, clothes, body awareness issues, or makeup show the traditions, beliefs, and even values from the places. I would like to end this short essay about them, stating the universal human quality of this project, because as I stated before, they have become portraits of our modern society. There is an analogy with human nature.

10 Unknown Facts about My Plastic People:

1. Most of them are women.
2. Most of the photos are spontaneous, without previous planning.
3. Shop assistants are usually curious about what I am doing. It is nice to interact with them.
4. My favorite plastic people live in the UK.
5. My first plastic people photo was probably taken in Venice, Italy.
6. Recently, I miss faces in plastic people; there is a new tendency to show headless or faceless. I think it is sad and terrible.
7. In my plastic people, you can see traditions, beliefs, and values from the towns they were taken.
8. I really enjoy finding the reflections of the buildings behind me, especially when the architecture is interesting. I don’t work with double exposure.
9. People normally stare at me when I take photos of shop windows. Some can stand behind me until I finish the shooting.
10. I hate the tag with the price on clothes, though sometimes they can enrich the composition. 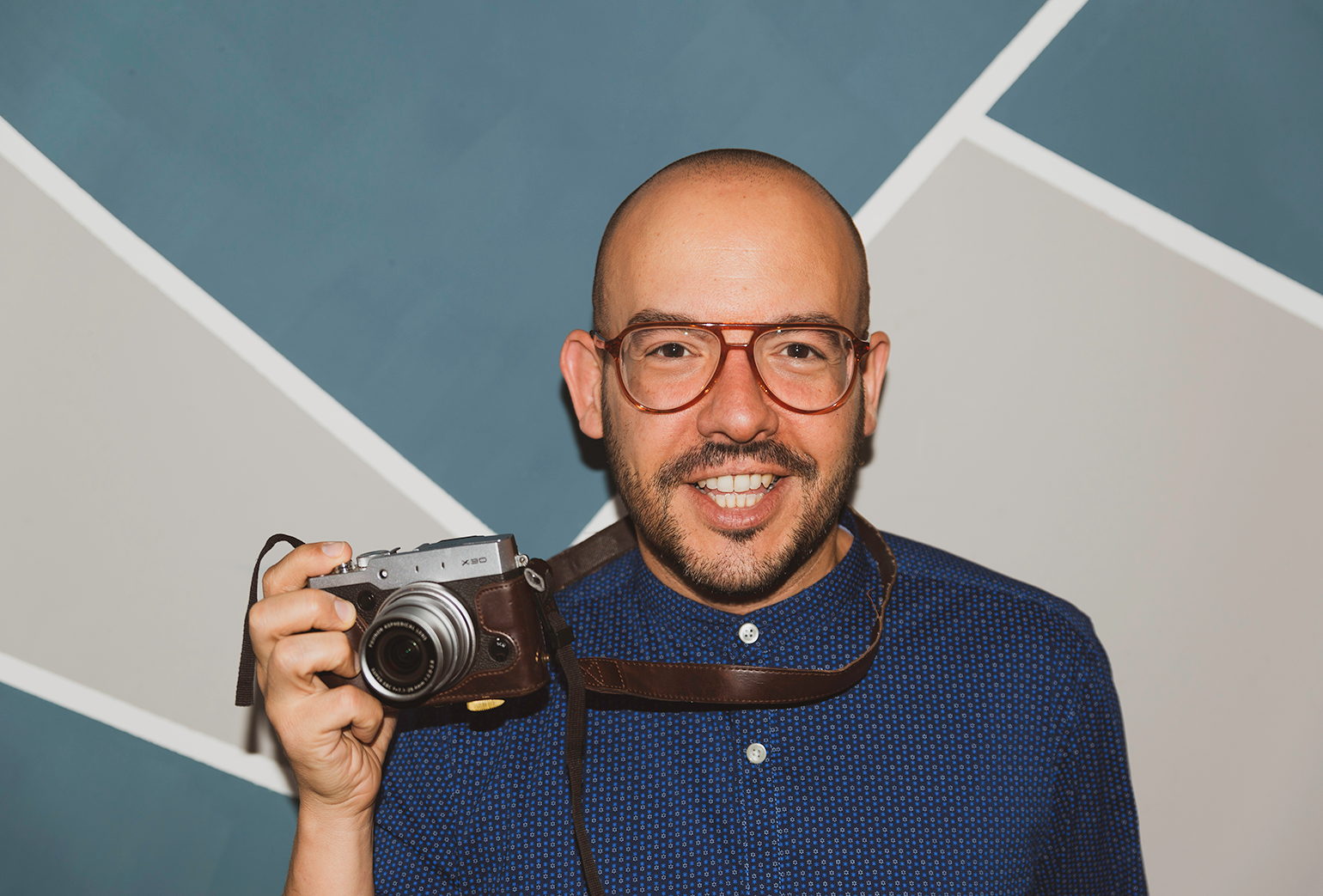 Seigar is a passionate travel, street, social documentary, and conceptual photographer based in Tenerife. He feels obsessed with pop culture which shows in his series. He is a fetishist for reflections, saturated colors, curious finds, and religious icons. He also flirts with journalism and video. His main inspiration is traveling. His aim as an artist is to tell tales with his camera, creating a continuous storyline from his trips. His most ambitious projects so far are his Plastic People, a study on anthropology and sociology that focuses on the humanization of the mannequins he finds in the shop windows all over the world, and his Tales of a City, an ongoing urban photo-narrative project taken in London. He is a philologist and also works as a secondary school teacher. He is a self-taught visual artist, though he has done a two years course in advanced photography and one in cinema and television. He has participated in several exhibitions and his works have been featured in many publications. He has collaborated with different media such as VICE and WAG1. He writes for Dodho and The Cultural about photography and for Memoir Mixtapes about music. Lately, he has experimented with video forms. His last interest is documenting identity. Recently, he received the Rafael Ramos García International Photography Award.