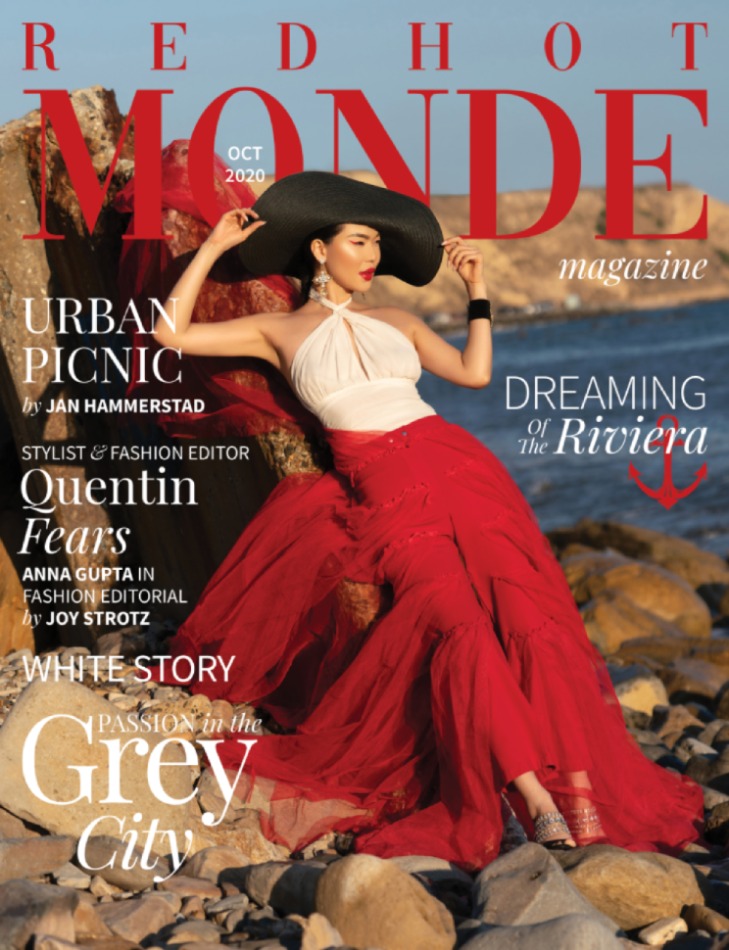 White Point Royal Palms Beach, with its colorful history, was chosen as the shooting location for Red Hot Monde October cover story.. The coast was discovered by Spanish explorers around 1770. Later, with the discovery of geothermal sulfur hot springs, this area was developed as a resort. The White Point Hot Spring Hotel, as it was called, was highly popular among Japanese-Americans in the 1920’s and 1930’s. Then in 1933 the Long Beach earthquake destroyed the baths and limited access to sulfur water..
Red Hot Monde’s contributing photographer Joy Strotz set up the camera in order to capture the park’s outstanding panoramic views, that include Catalina Island, as a background, focusing on the beautiful model Anna Gupta styled by Quentin Fears, fashion editor and celebrity stylist! Flowy red bottom by Alabama Blonde – a Genderless fashion designer, creative director, musician and artist currently living and working in Melbourne, Australia.
You will also see a couple of silhouettes by Lærke Valum, Copenhagen. Lærke Valum pushes the unambiguous relationship between fashion and the body and limits of fashion’s placement in the art field. We hope you enjoy this artistic concept! 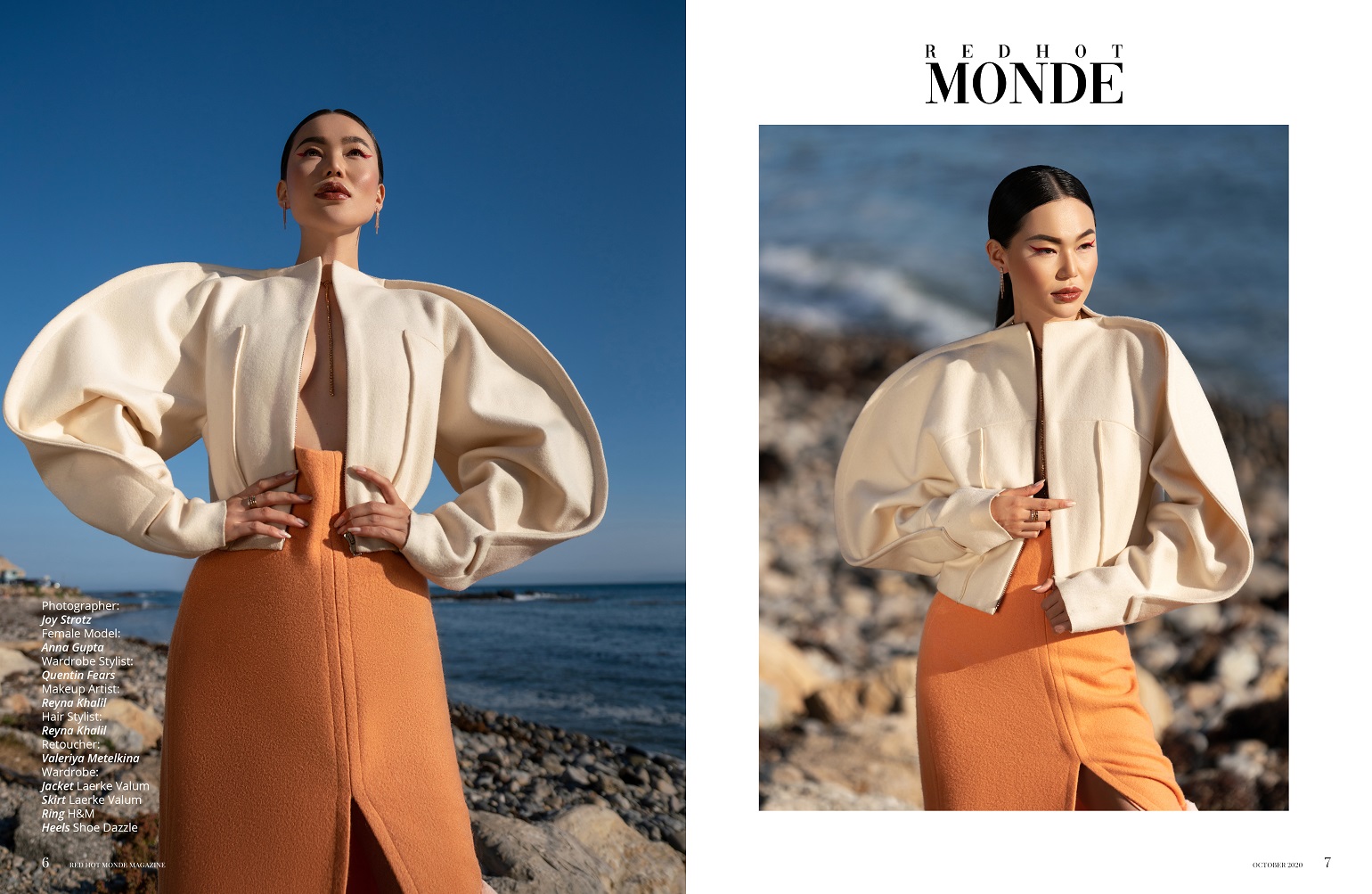 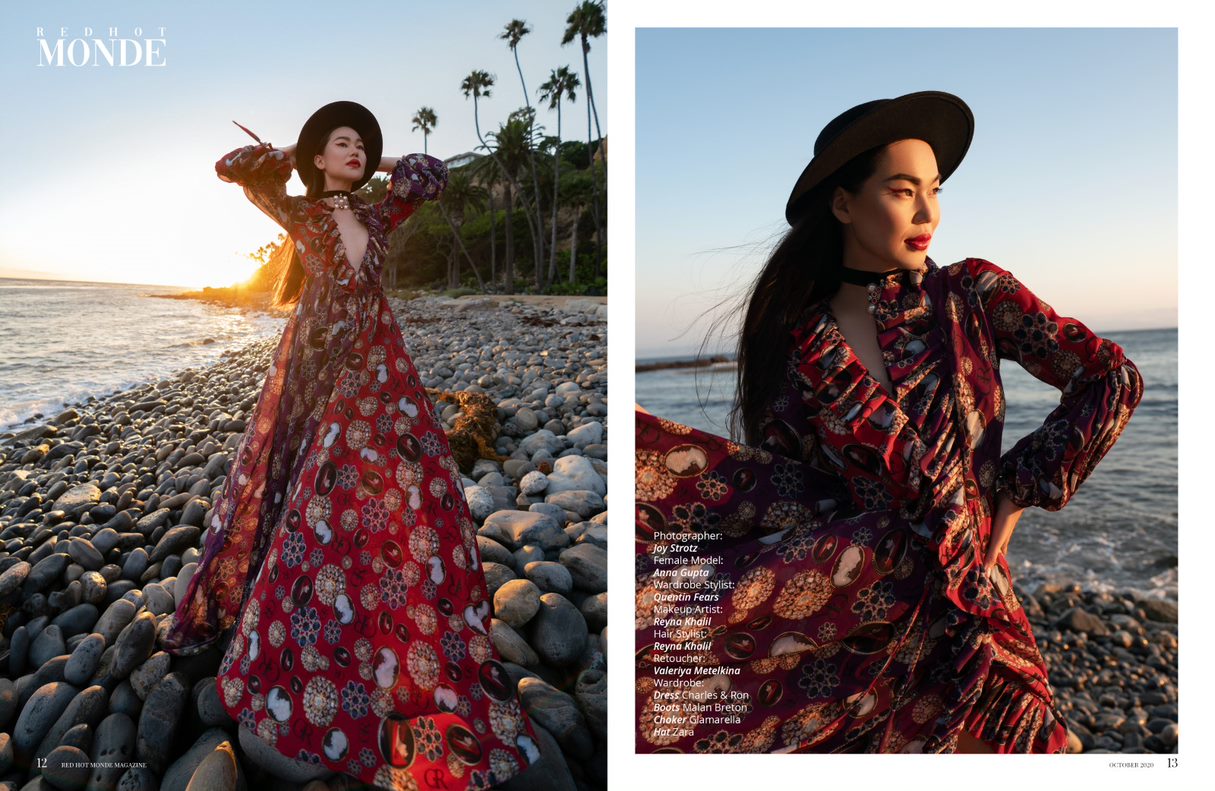 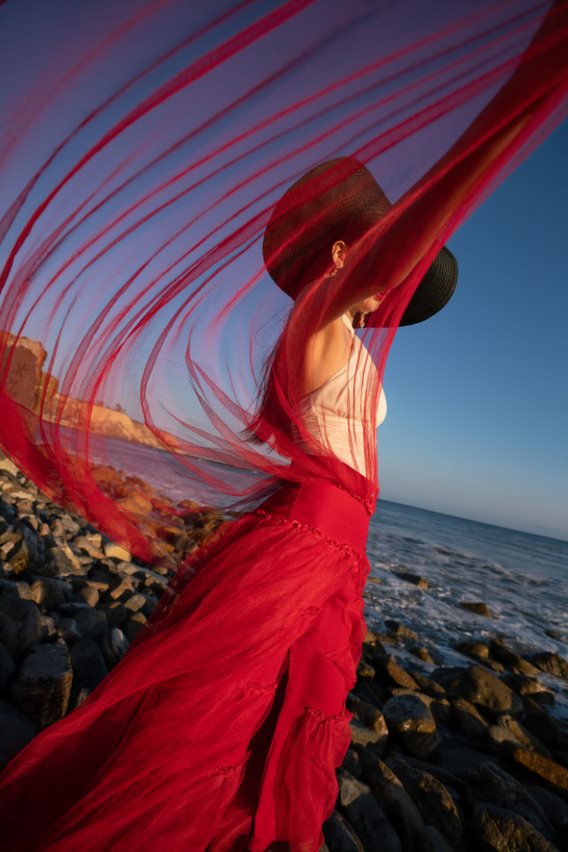 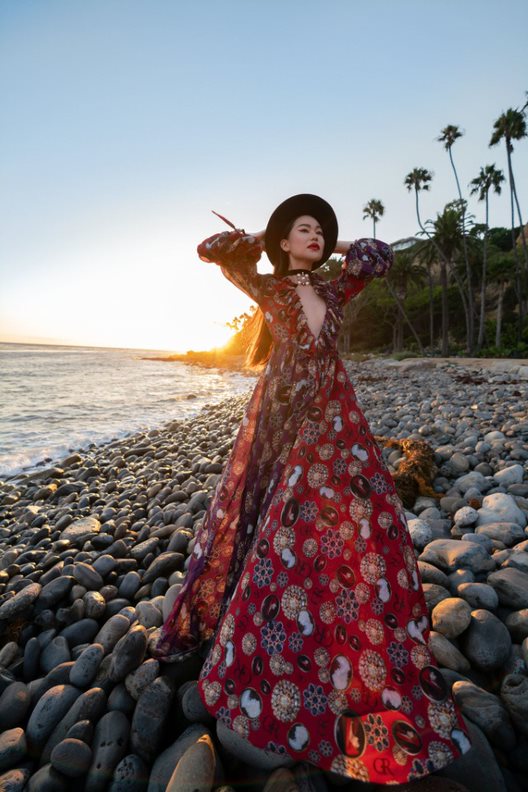 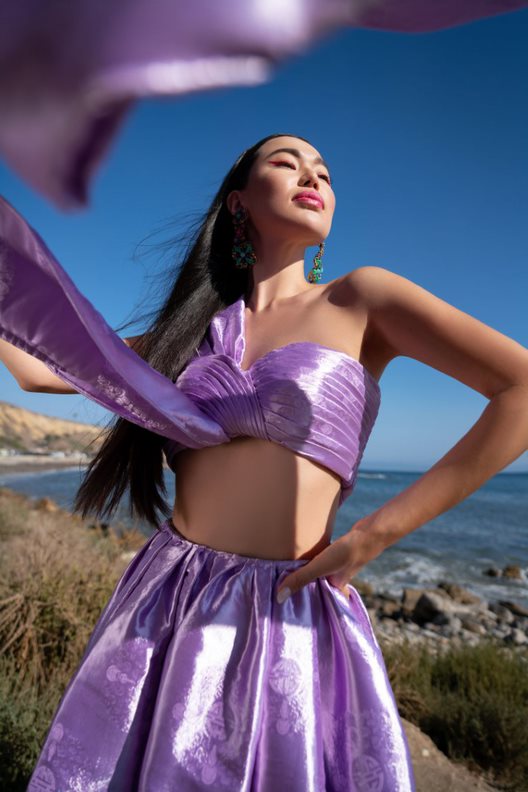 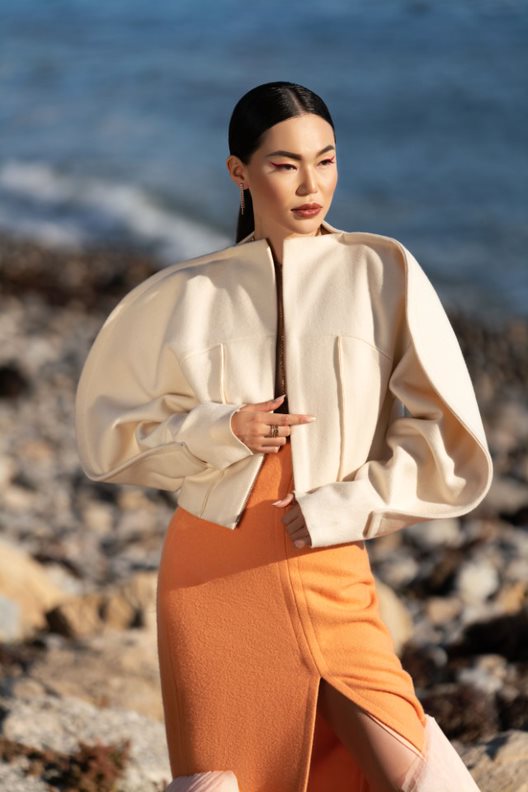 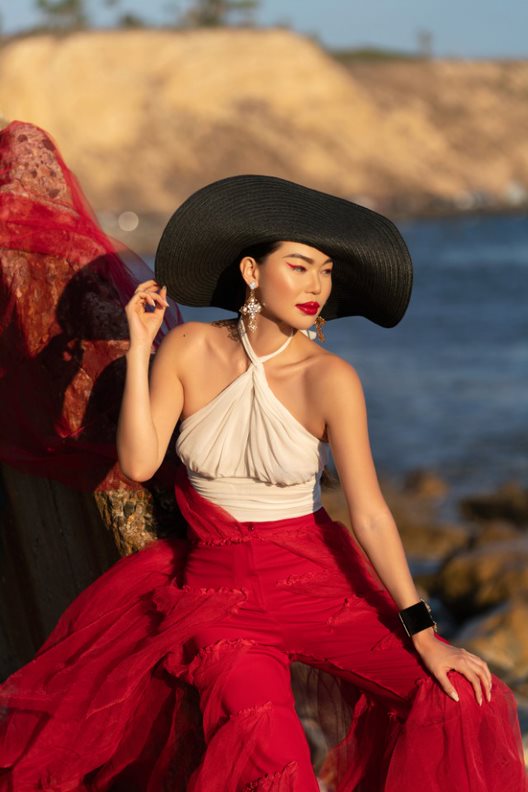 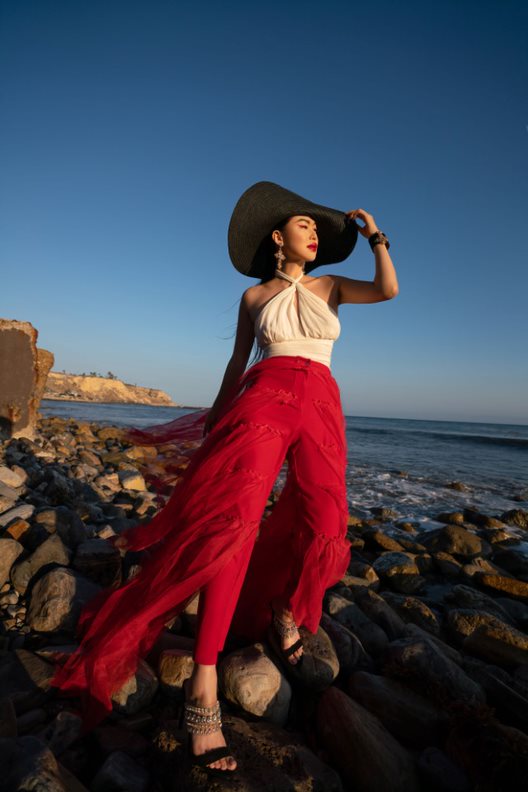 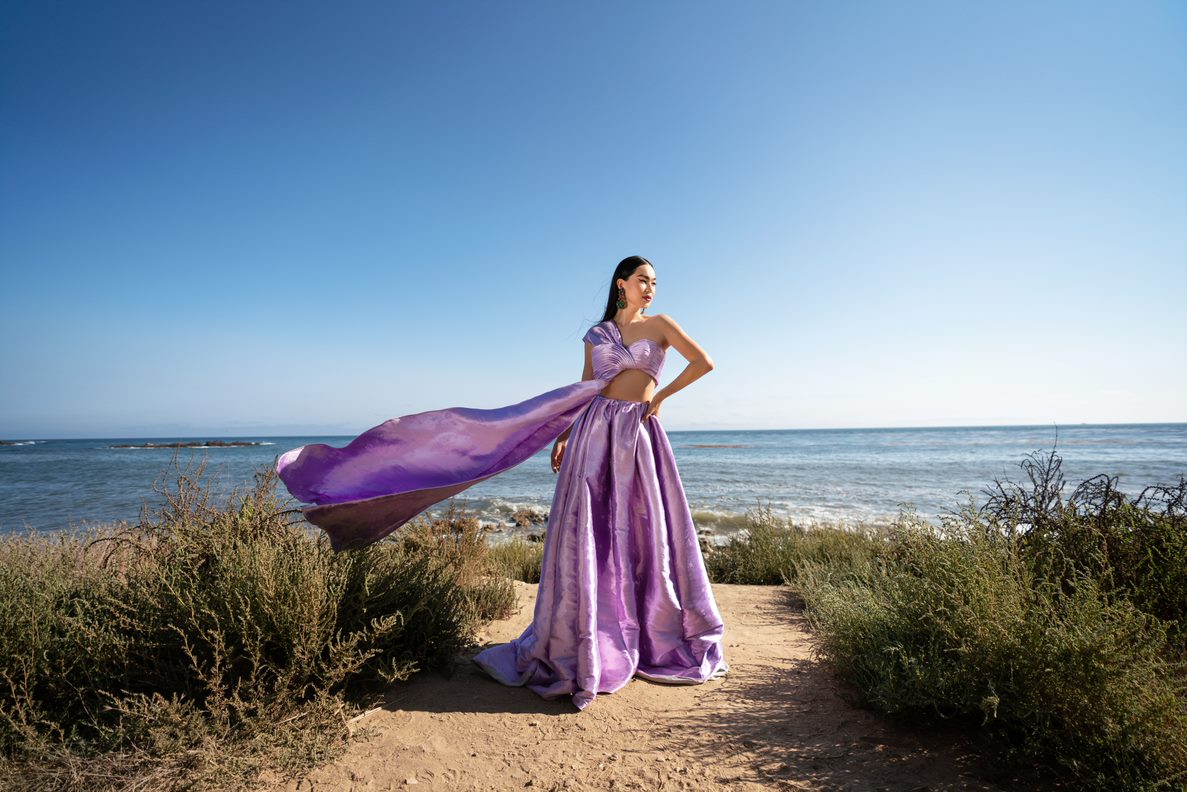 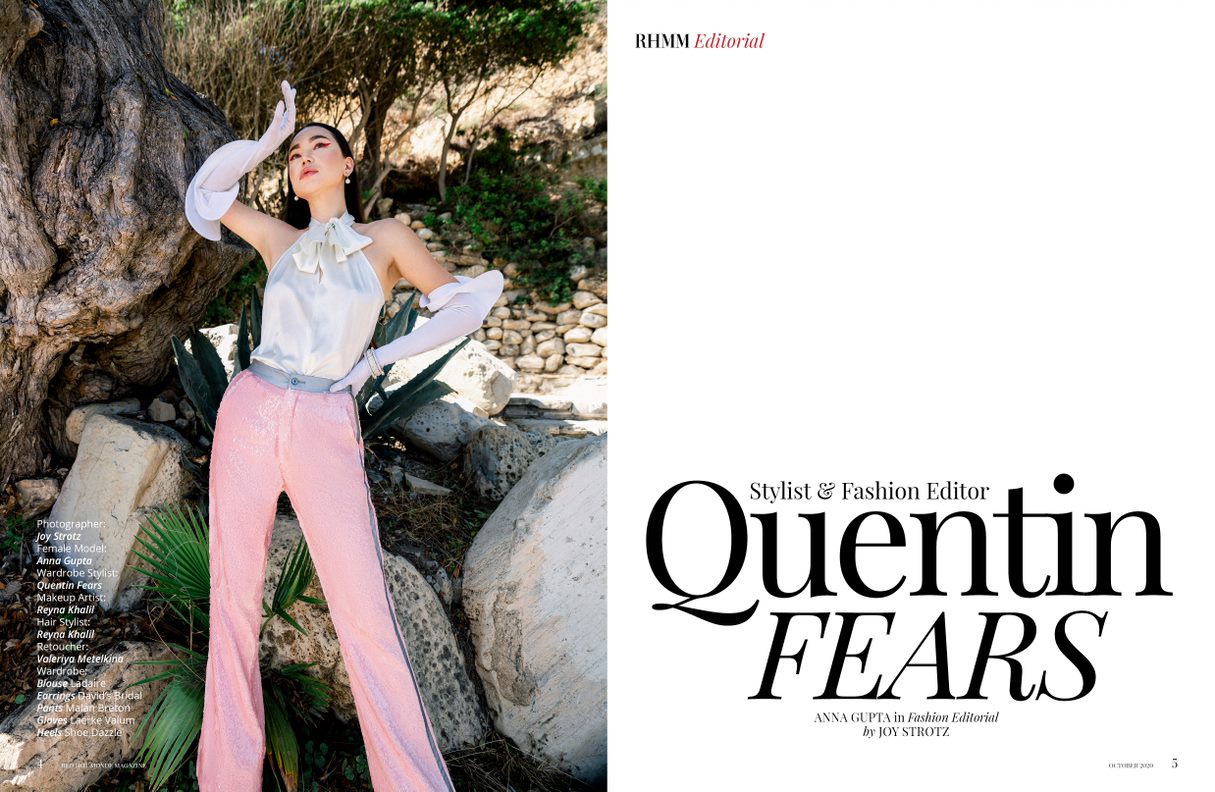